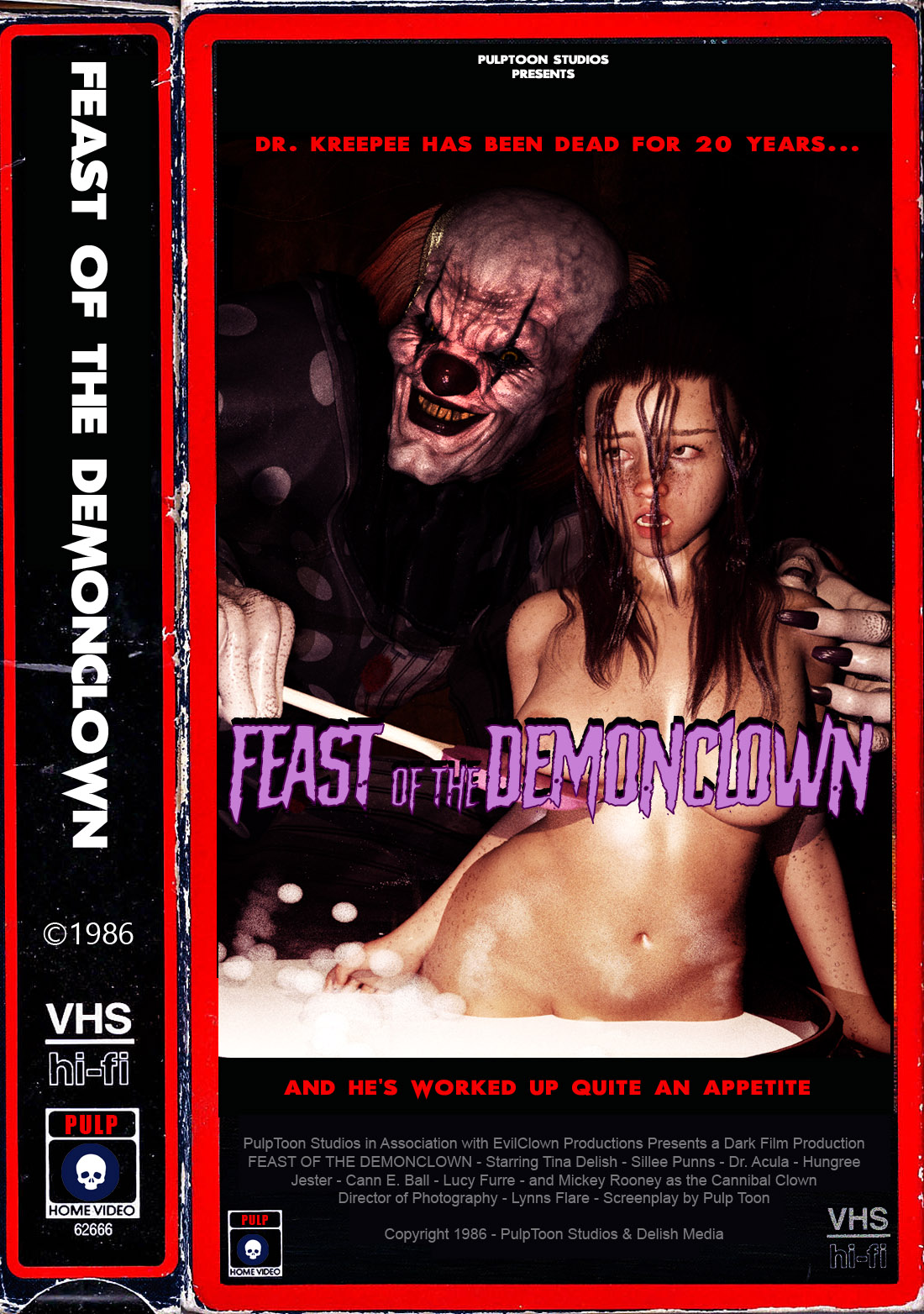 In 1986, the now banned X-rated grindhouse horror classic “Feast of the Demonclown” was released to a few sleazy American theaters. Crafted in the vein of such raunchy slasher cinema as Texas Chainsaw Massacre and Halloween, but with graphic hardcore nudity. Once thought lost to time, PulpToon scientists have worked around the clock to restore celluloid frames and burned screenplay pages of the this perverse masterpiece. Witness now the kinky tale of terror from a twisted cannibal demon clown who dines on the flesh of nubile innocent teens! 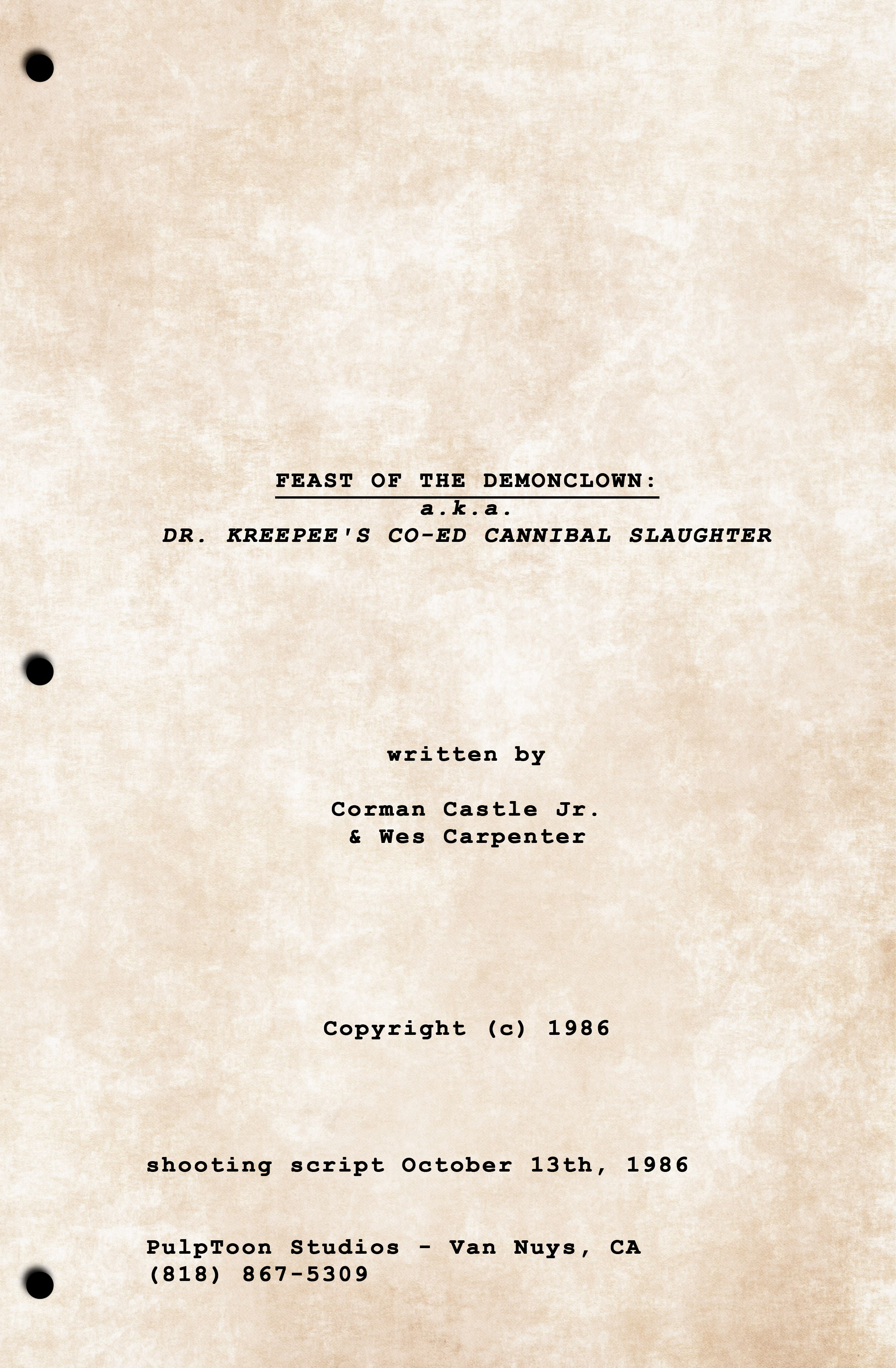 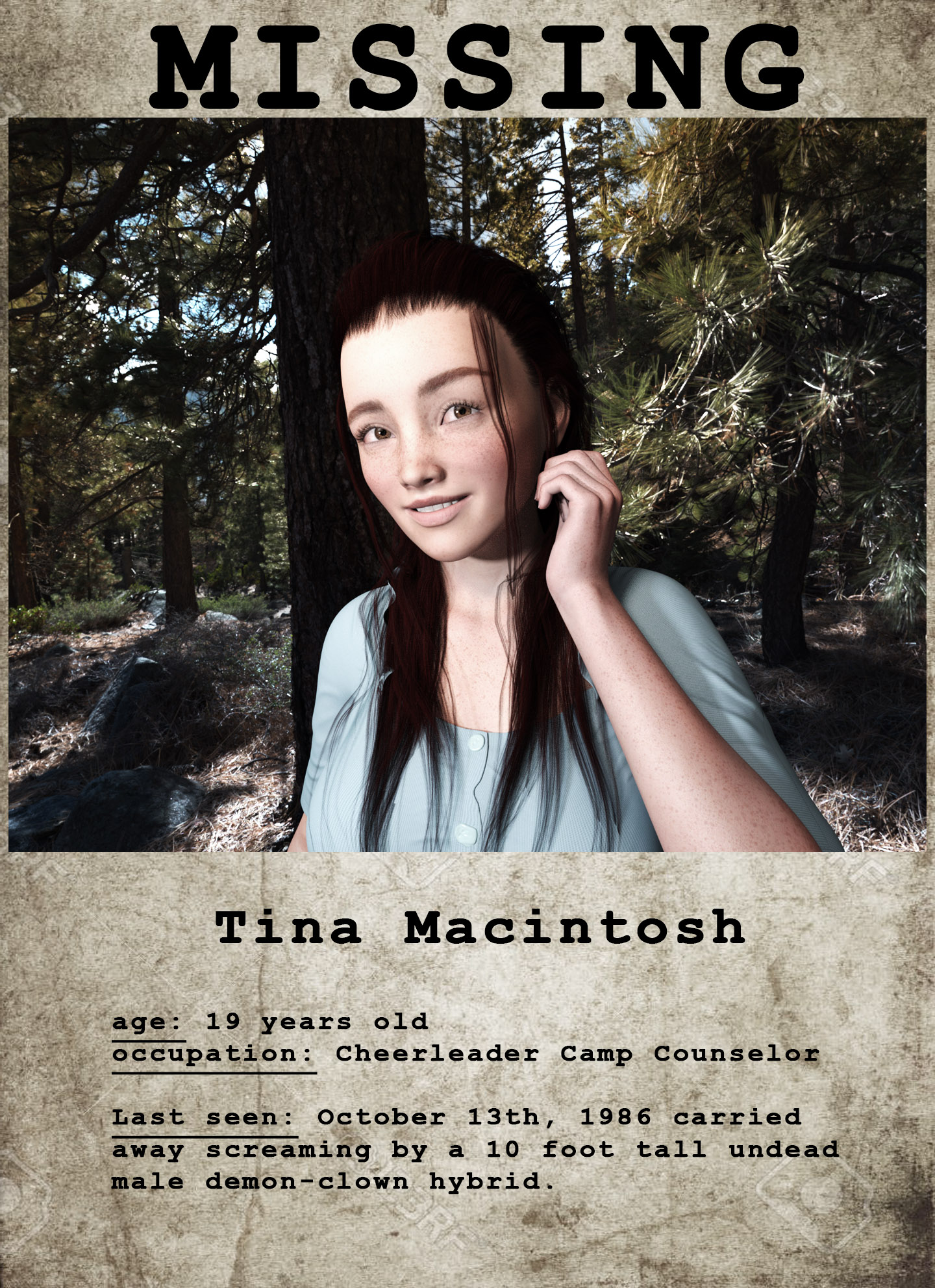 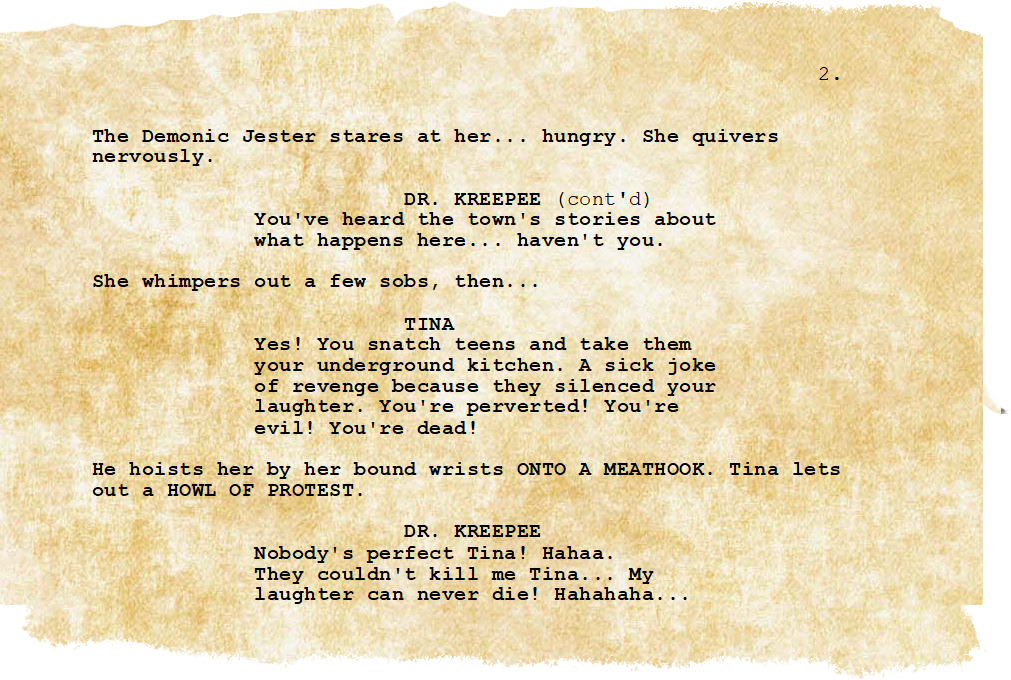 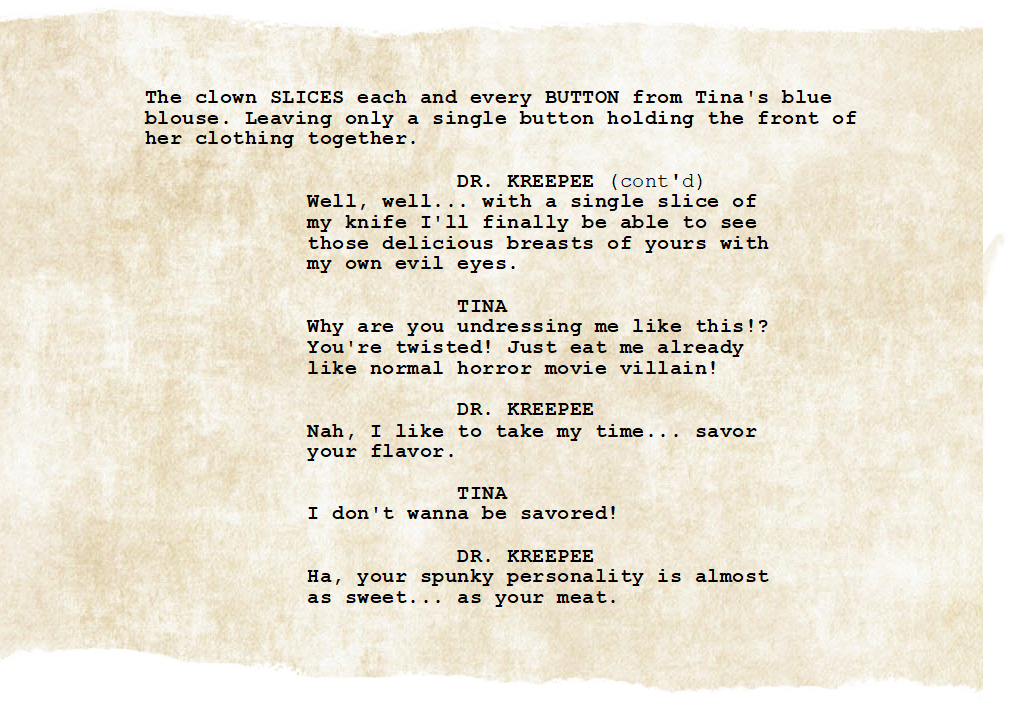 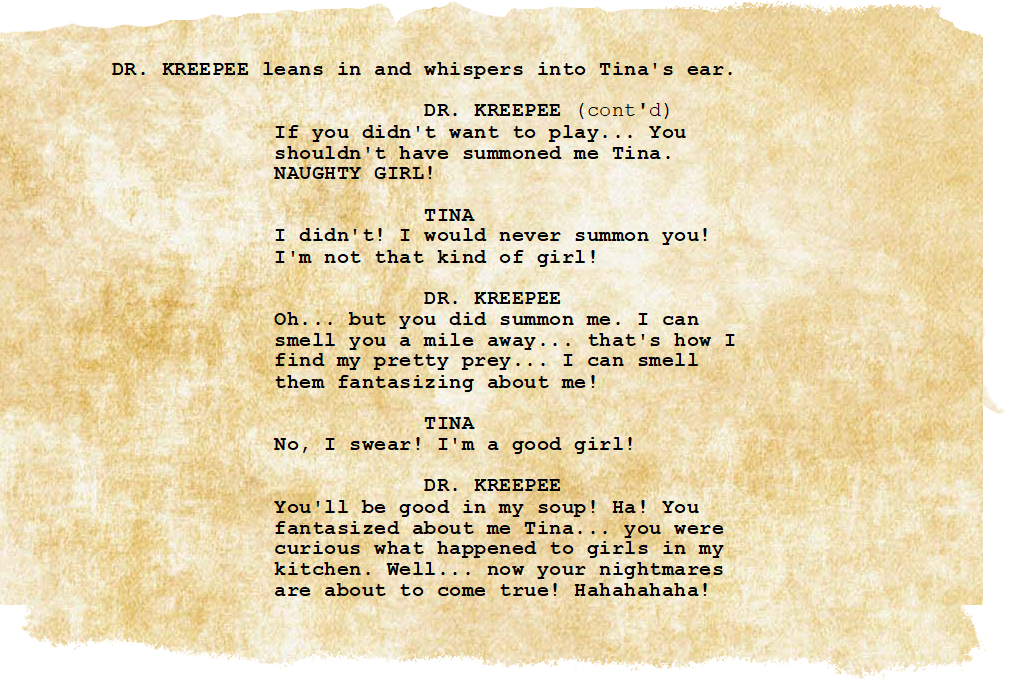 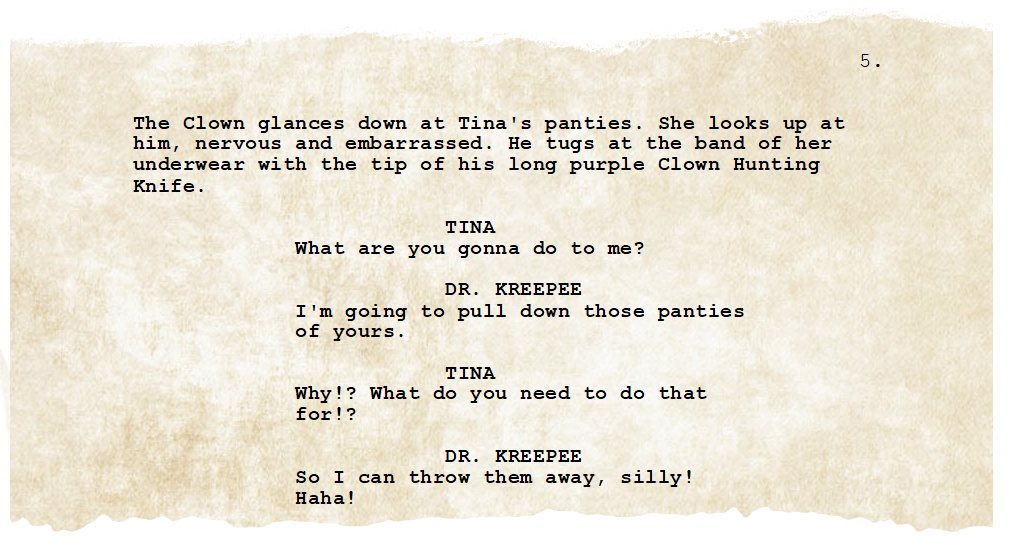 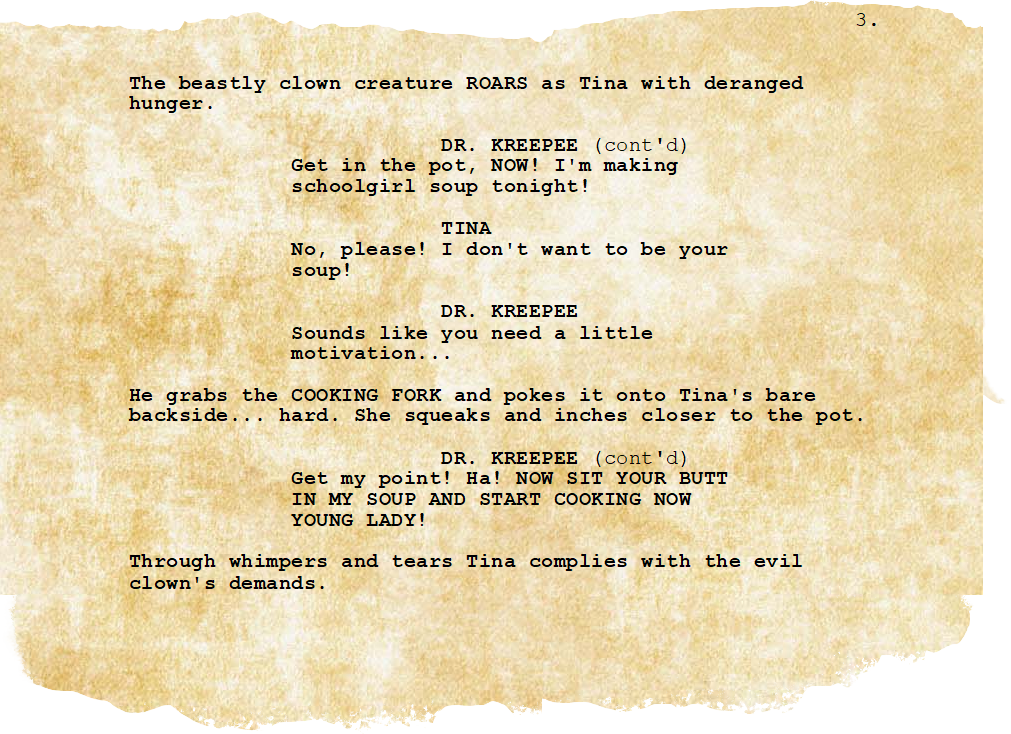 “All live action models portrayed have been actors, of legal age and have performed according to their own free will. All characters portrayed in cartoons on this site are of legal age.We do not condone real violence or exploitation. Please have fun here and understand that it is only fantasy.”

*Ahead lay visual images, audio sounds, and verbal descriptions of a sexually oriented and frankly erotic nature.
*This site was designed to be used and viewed solely by people who are at least 18 years of age, or who are otherwise legally considered to be of adult age depending on the community in which they live,who wish to access materials that are visually graphic in nature including portrayals of nudity and sexual acts.
*If you are not legally considered to be of adult age as determined by the community in which you live, or find such material offensive in nature,or simply do not wish to be exposed to such materials YOU MUST LEAVE NOW.

18 U.S.C. 2257 Record-Keeping Requirements Compliance Statement.
All participants were at least 18 years of age or older at the time of production.